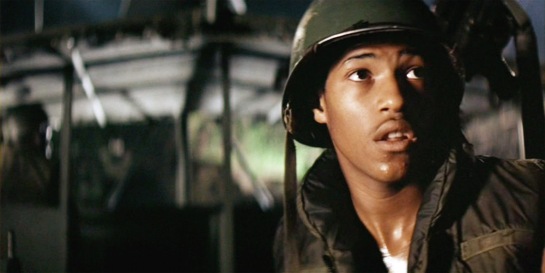 Most moviegoers know Laurence Fishburne (III) as the cool, understated and quietly courageous Captain Morpheus from The Matrix film trilogy, or as Furious Styles, the voice of reason in the 1991 Boyz n the Hood. However, few actors working today can boast a screen history as dense and eclectic as the Georgia-born, Manhattan-raised Larry Fishburne.

Even fewer can claim the sort of childhood that Larry experienced, if you figure childhood generally lasts for at least fourteen or fifteen years. Born in Augusta, Georgia in 1961 to Laurence Fishburne II and Hattie, juvenile corrections officer and schoolteacher respectively, Larry moved with Hattie to New York when she and his dad divorced, so he was raised in Brooklyn.

Larry’s first notable acting gig was as Peter Pan when he was ten, and at twelve he was cast as Josh Hall, a tough drug-dealing street kid in the soap opera One Life to Live. Maybe it’s significant that his character is reformed by a loving adoptive family during his three years on the soap. He went from there to other, larger roles in mainstream films, developing his talents in various directions.

Lots of kids lie about their age for one reason or another, usually involving the use of alcohol or tobacco and other “adult” joys forbidden to the underage explorer. In Larry’s case he wanted to be in Francis Ford Coppola’s film Apocalypse Now, despite the fact that he was fourteen at the time and the role called for an eighteen-year-old tough guy from the Bronx. He told Coppola that he was sixteen and the director may or may not have believed him, but Laurence got the job.

In fact Laurence later told interviewers that he was pretty sure Coppola and his casting crew knew about the deception; it’s likely that with all the difficulties encountered during the filming of Apocalypse Now the director had plenty of other problems on his mind and the least of his worries was an underage but extremely talented actor. Laurence was cast in the prominent role of Tyrone Miller, aka “Mr. Clean”, a Gunner’s Mate 3rd Class.

For anyone who isn’t familiar with the cult classic, Apocalypse Now is a very gritty, sometimes gruesome and mostly authentic rendition of conditions and behaviors that existed in the war-torn Viet Nam re-created in the film. A psychotic Colonel (Marlon Brando) is to be located and deactivated ‘with extreme prejudice’ – as in killed – by a small force of Special Ops officers and crew, requiring a secret voyage upriver through hostile territory infested with danger both physical and emotional.

“Clean” is one of the crew members assigned to make the voyage, led by Captain Benjamin Willard (Martin Sheen) and accompanied on the Navy patrol boat by its commander (Albert Hall as “Chief”) and two other crew members. They meet up with the commander of an attack helicopter squadron (Robert Duvall), and in brief there’s a lot of action, mayhem and bloodshed before Clean is shot and killed in an unexpected firefight, well before the end of the story. 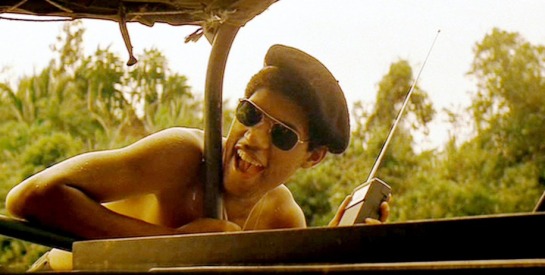 In order to get to that point in the story, however, Larry and the rest of the cast spent untold hours and days in real jungle settings, with so many set-backs and minor catastrophes that Coppola is said to have despaired of ever finishing his picture. The jungle scenes filmed in the Philippines took more than eighteen months, off and on, as filming was plagued by problems of severe weather, destroyed sets (including the Playboy Playmate set) and stolen payroll, to mention only a few.

As filming continued, Laurence says that he developed an ‘attitude’ that worried his Mom, who had gone with him on location and stayed throughout the venture. He was getting quite an education, working alongside veteran actors such as Brando, Duvall and Sheen, not to mention a few Playboy Bunnies. In a recent interview Laurence talked about doing “. . . about 49 takes” trying to get the right nuance in a scene where he talks about his love of Playboy magazine. He said at the time he hadn’t a clue about the magazine, (or Playgirls) but as it turned out his acting ability saved the day anyhow.

In order to set him straight attitude-wise – Laurence says “. . . I thought I was somebody” – Hattie called his Dad, who as a corrections officer was used to imposing discipline on youngsters. However, says Laurence III, by then he was sixteen, over fix feet tall, and no longer intimidated by his father. In fact it appeared that Laurence II was impressed by his son’s growth, in maturity as well as size; there are no reports of any parental disapproval on his part.

Certainly the filming of Apocalypse Now was a grueling experience for just about all concerned – but possibly less so for the young Fishburne. Larry states that working with Frances Ford Coppola was the “training ground” that formed the real basis of his acting career as an adult. He said in a Daily News interview that Coppola “. . . let me know that I could be an artist,” and Marlon Brando let him know that he shouldn’t “ . . . take it too seriously.” 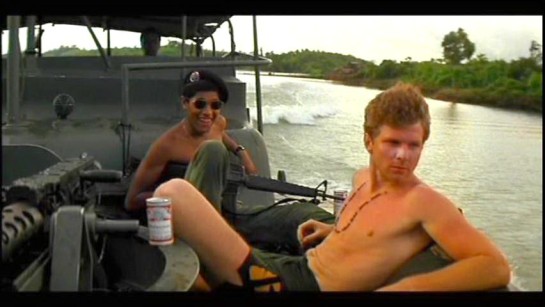 As with many child actors, Fishburne’s childhood was much shorter than the norm, but he’s more fortunate than many – and perhaps better equipped – in that his attitude has changed and broadened, as has his diverse and ongoing acting career. He has learned many lessons well, but his role in Apocalypse Now probably taught him a great deal of what he has incorporated, with great success, into his life as an actor.