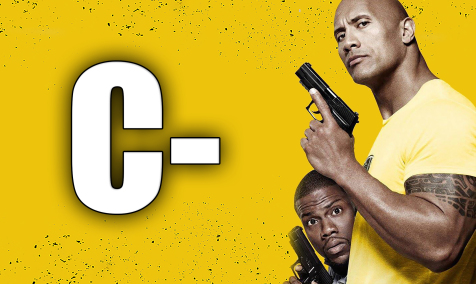 The marketing for Central Intelligence was strong. Trailers showing clips that were hilariously funny, encouraged me to go see this. Though some scenes were funny, this film had me staring at Dwayne Johnson and Kevin Hart making complete fools of themselves.

Central Intelligence begins with Calvin Joyner (Hart), who basically peaked in popularity in high school, and now does nothing but live the life of a boring accountant. At work one day, Calvin receives a Facebook friend request from a man named Bob Stone, who ends up being Calvin’s high school classmate, Robbie Weirdicht. There’s not too much plot before Calvin is thrown into the world of international espionage.