A group of friends in Chicago fumble through the modern maze of love, sex, technology and culture. 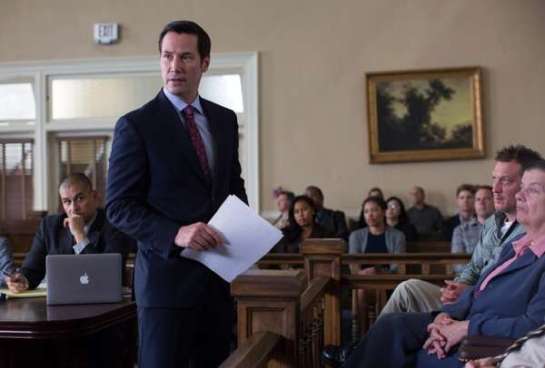 Keano Reeves has managed to bring us a movie that is a considerable improvement on some of his recent efforts such as Knock Knock,.

This courtroom drama is pretty much along the lines of John Grisham style novel. To be honest it is not totally consuming through most of the movie. It is very watchable, but

The real saving grace of this thriller is the clever twist that you think you see coming half way through the movie, but that’s the nature of a good plot twist, it lets you think you know what is happening when you actually don’t.

Rennee Zellwegger is in a good supporting role, as is Gugu Mbatha-Raw, a British actress I had not heard of before, but many may recognise from Doctor Who.

Overall well worth watching if you like this type of movie.